This is the second article in a series about experimenting with Facet Modeler features using an ODA example application. If you’re new to the Facet Modeler example module, see the first article in this series.

In this article we’ll create bodies and perform Boolean operations on them.

First we’ll create bodies from a predefined sample collection. The available models are: 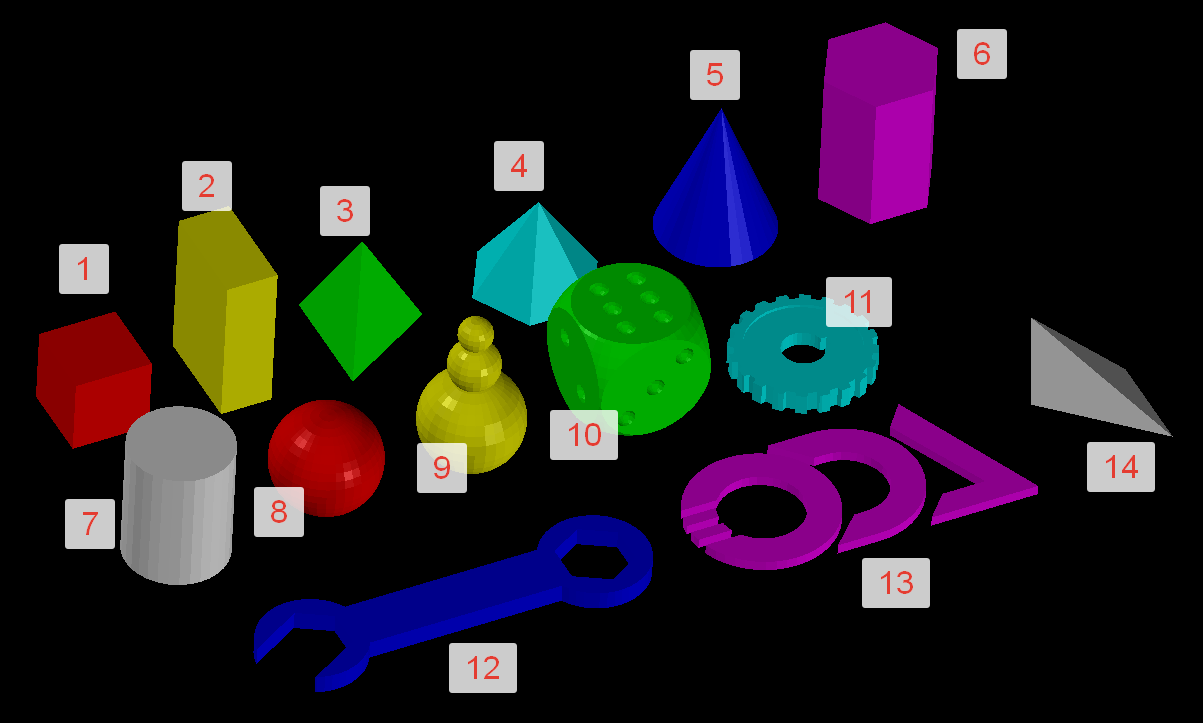 Start the FMCreateBody command. You’re prompted for a model index. Let’s start with Model 9. Then you need to specify an insertion position and scale of the model. A yellow snowman appears.

Place the models as you want them to be processed by a Boolean operation. You can move the model by selecting it and dragging it with the mouse. For example, you can place them like this: 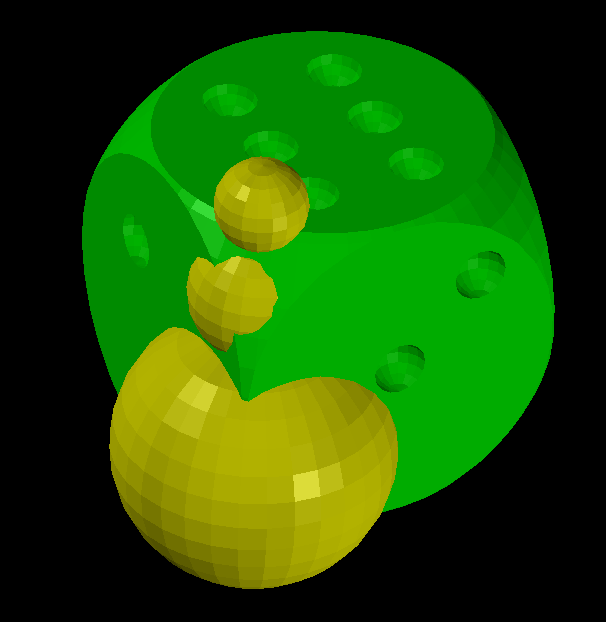 The next operation you can try is section. It can be applied to one or several bodies.

Run the FMBodySection command and select the body. You can use the result of the previous Boolean operation, then choose the section plane, for example Z. Then moving the mouse along the Z-axis, you see the section preview in real time. Click the mouse to perform the section operation: 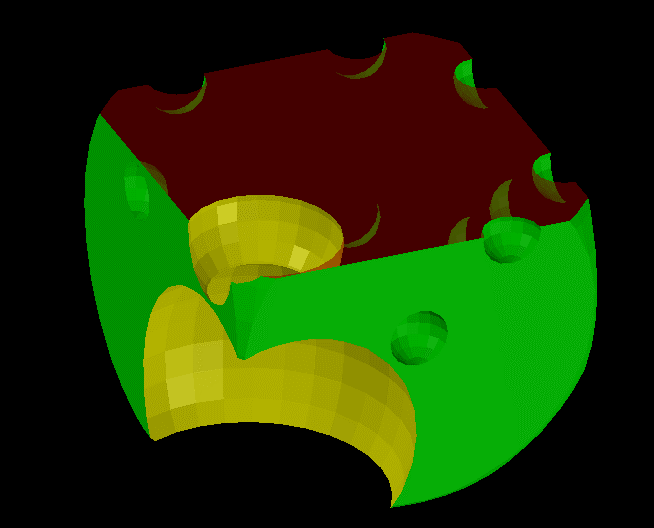 The FMBodyConvert command converts an OdDb3dSolid entity to a Facet Modeler body, but in some cases the conversion is not always possible. The result is not guaranteed.

The FMReadBody command allows you to load the body saved with the FacetModeler::BinaryStream class. It can be used for body dump visualization and debugging.